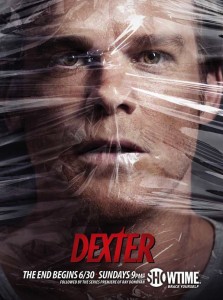 After eight seasons – one or two of which we could have done without – Dexter is done. The controversial final episode ditches the dark humor that typified the series and goes for something bleak and existential. Unlike a lot of people, I can appreciate what the writers were trying to do. But I have issues with how they did it.

The overall theme of the series was Dexter, and the viewers, doubting his humanity. Was he really just a monster or was there a human being with actual feelings buried under all the bloodlust? The final season suggested the latter and he seemed to be turning into someone who didn’t need to kill to get through the day. A happy ending was within his grasp, a semi-regular life with Hannah, the also-a-former-serial-killer he fell in love with. It was so obviously too good to be true, that it wasn’t a surprise when it was all taken away from him at the last moment.

Dexter’s sister Deborah had always been his touchstone with his less homicidal side, even if it took Hannah to finally take away his urge to kill. When Deborah ends up in the hospital, critically injured. Dexter only kills again first to avenge her and then for mercy. He takes Deb off her life support after irreparable brain damage leaves her a vegetable. Blaming himself for the events leading to her death, he gives her a burial at sea, like he gave his other victims. She is his last one. Deciding he is a danger to the people around him, he leaves his son in the care of Hannah and fakes his death. In the last scene, we see him working as a lumberjack, far away from anyone who could recognize him. He walks into an empty cabin, presumably his new home. There is no more voice-over, just silence as he stares straight ahead into the camera. Killing himself would have been too merciful, so he is forcing himself to live in this hell, devoid of meaning or human contact. There is no urge to kill but also no humanity left. He is just an empty vessel. 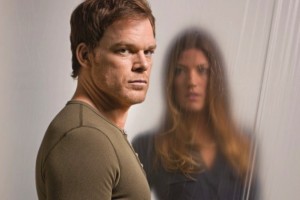 It is an interesting way to end things, hurt by some dubious set-up. First and foremost relating to how Deb ends up getting shot. Dexter spares Oliver Saxon’s (the main villain’s) life to show that he no longer needs to kill, but it makes no sense in this case. Saxon knows way too much that could incriminate and destroy both Dexter and Deb. Even if Saxon would need to admit guilt himself to do so, it seems clear he would have spilt the beans at some point. Out of spite, if nothing else.

Then there’s the issue of Dexter leaving his son (Harrison) in the care of Hannah. I can buy that for a moment he didn’t consider that there would undoubtedly be a manhunt for her. She was already a fugitive for multiple murders, and now she is on the run with a, legally speaking, abducted kid. Deb and Dexter’s colleagues at Miami Metro will presumably not be pleased by that and try to get their hands on them, even if they are now in Argentina. Dexter’s assumption that Hannah and his son will be safer without him is obviously false. This ends up making him look selfish and foolish rather than protective and noble. Possibly he can’t handle any more emotional connections now that the strongest one he had, has destroyed him. But it just doesn’t seem likely that he’d abandon his son, while Harrison was still in need of him.

For the rest, there are the usual believability issues. The big storm is an appropriate backdrop for the drama taking place, but is also a very convenient and obvious plot device, necessary for the faked death. The somewhat hasty unplugging of Deb going unnoticed and then him being able to run off with her body also defies belief. And how come Harrison never blurts out something that would expose Hannah or Dexter? The kid has a knack for being on his best behavior when it comes to disclosure.

But then believability was never Dexter‘s strong suit. As the seasons rolled by, the series started to shorthand the elaborate kill room set-ups and the body disposal. All nice and well, but it went a bit too smoothly. The series was so preoccupied with the Big Threats that someone randomly spotting him on a camera or while dragging a body around, would have been an inconvenient distraction. The kill rooms were sometimes in odd, semi-public places, and left taped up for hours, but were never discovered, leading to the occasional eye-roll. His regular, day-to-day serial-killing was presented as something fairly easy to get away with. And Miami Metro was criminally clueless about all their disappearing suspects and unsolved cases.

The ending the writers went for, seems uncharacteristically moralistic. Dexter needed to be punished. He couldn’t be allowed to get away with murder. The writers could have done this differently though, while still maintaining the show’s dark humor. They could have let Dexter die in some way that ironically would have made him seem a hero to the world at large. Deborah would have known better but keep up the pretense and raise Harrison. It could have been a downbeat ending, without it being quite so bleak.

Ah well, this is the ending we, the viewers, got and we’re stuck with it. It is not one of those endings that makes you regret ever watching the series to begin with, but it is a puzzling one. It almost seems that they came up with it, purely to defy expectations. Most people were assuming that Dexter would die or get caught, so neither would do. And, indeed, it is generally good to be surprised. The most expected ending is not always the most satisfying one. But Dexter‘s final twist sprained something, and it hurts a little. 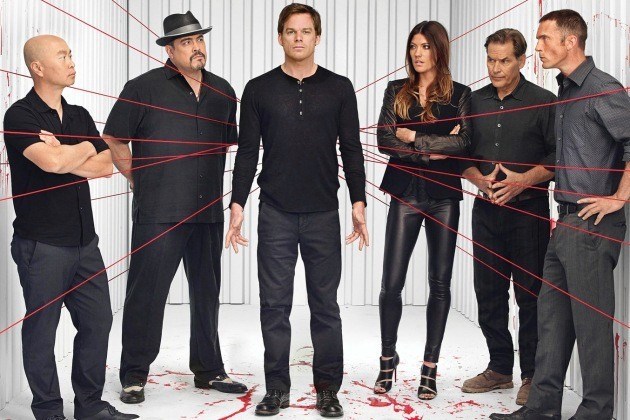