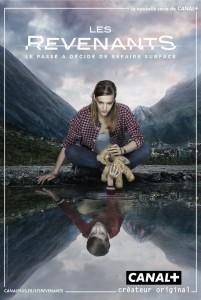 Wouldn’t it be great to be reunited with the ones you loved and lost? For them to suddenly show up on your doorstep years after their apparent demise? Les Revenants (The Returned) ponders this question. How would people react? Would it be accepted as a miracle, or seen as unnatural, a curse? Would it derail the new life you built after you’d grieved and moved on? Well, duh.

Of course, there is a catch to the return, though the first season of eight episodes doesn’t make it especially clear what the catch is.The recently un-deceased don’t seem to remember their death or anything that happened afterwards, and they seem to be in the dark as much as anyone else. There are hints that there is more going on than just some people being resurrected. It’s certainly not just the good people who were given a second chance, as there is a psychopath among them. And there is a little boy who manages to be sweet and creepy at the same time. He seems to be the most aware of what is going on and why, but he’s not telling. 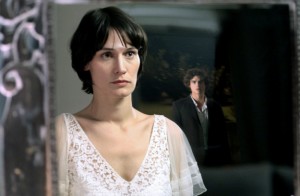 Les Revenants is very good at maintaining a restless, uncomfortable tone. It takes place in a fairly isolated town in the mountains, that seems to be curiously low on inhabitants. A recurring funereal, low thrumm on the soundtrack (by the band Mogwai) underscores that something ominous is afoot. Great cinematography and moody lighting further press the point. Aided by a good cast, it is a series to sink into and be carried along by. 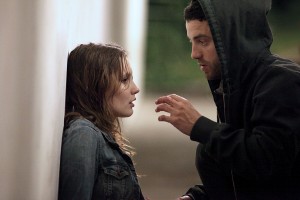 What Les Revenants is not interested in so far, is providing answers for the collection of mysteries – both big and small – that it has been throwing up. This is a little bit worrisome. The pay-off had better be worth it with this much build-up. The writers have promised to start clearing things up early in the second season, and here’s hoping they stick to that and that the answers won’t underwhelm. The series was globally lauded and an American reworking is already being aired, so the pressure must be on to keep Les Revenants going. This could easily lead to it being overextended and starting to bore, as the series is slow-moving to begin with. Here’s hoping the writers will know when to quit and will not keep coming back after people have moved on, much like one of their Revenants.