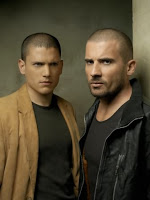 After two seasons, my love affair with Prison Break is over. What went wrong? *Wavy flashback effect* I came on board to this series rather late. I saw season one after it had already aired, in a couple of big chunks. The concept sounded interesting: Michael Scofield gets himself thrown into prison, with an elaborate plan to break out his soon to-be-executed brother. Now, there are plenty of movies about people breaking out of prison – The Great Escape with Steve McQueen perhaps being the most famous one – but spreading such a plan out over 22 episodes was a bit risky, as the actual break would obviously not happen until the end of the season and interest could easily be lost. However, the series was well-shot, well-produced and capably stringed the viewer along from one suspenseful setback in the plan to the next, slowly unveiling said plan, as tattooed (!) in code on Michael’s body… Believable it was not even remotely, but though the main story progressed slowly, it successfully reeled you in with a sense of urgency that never let up.

Season two was about the now-escaped group of prisoners and a big government conspiracy. I was afraid that the concept would be stretched beyond breaking point and in regards to the conspiracy, it almost was. The same sense of urgency saved it, however. They did step wrong in the first episode by carelessly tossing aside a main character from season one and then not following through on the emotional impact that it should have had on the rest of the cast. It was the first sign that the writers had more feel for tension than for tracking the audience’s emotional investment. By reshooting about a third of the last episode, these two seasons could have been satisfyingly wrapped up with a fairly happy ending. But no…

The creative minds behind the series said they had always planned for three seasons. But if the viewing figures hold up, I have no doubt they will find sudden inspiration for a fourth one as well. In the third season, Michael has to break out of a prison again, only this time not a tightly organised American one, but a Colombian survival-of-the-fittest nightmare ruled by a druglord. The way Michael gets put in there is very contrived, as is the way a surprising amount of cast- 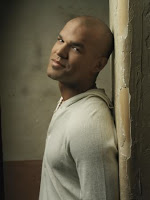 members end up in that same prison. The writers seem to be desperately trying to sledgehammer the old cast into this new-but-not-quite scenario. Adding insult to injury, they ditch the one cast-member who was necessary to give Michael the happy ending he – and the audience – had deserved in spades by now. With little promise of an emotionally satisfying pay-off and re-treading the same ground with a not big enough twist, I don’t see how the show will recuperate. The ‘one step forward, two steps back’ approach irritates now that there seems nowhere worthwhile to get to.

As my boyfriend is still hooked on this series, I will probably have to stick around and watch it for a while longer. But I hope that this sentence and this series will soon come to a long overdue end.