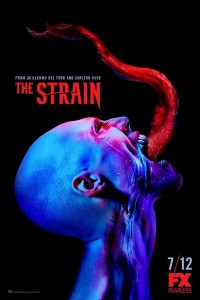 Vampires are sexy? Not in The Strain they’re not. Then again, being sexy wouldn’t do them much good as they lack genitals. Yet somehow this brand of vampires appears to have crossbred with zombies. They are mostly mindless drones that travel in groups, trying to turn or kill anyone not belonging to their clique. A bite or scratch from them is enough to doom you. There is a bit more to their origin as well, but that way spoilers lie. The Strain is a FX horror series created by Guillermo del Toro, Carlton Cuse and Chuck Hogan, based on books written by the latter. The series is pulpy, trashy fun but more wobbly than you would expect from a production that comes with Del Toro’s name attached.

Much gore and despair ensues when a plane goes completely silent just after landing at JFK airport. Dr. Ephraim Goodweather (Corey Stoll) from the Center for Disease Control gets called in to check for signs of something epidemic and to contain it if needed. It has to be said that he fails quite spectacularly, but he keeps fighting the good fight throughout the series. Thankfully, the effects of the disease stay limited to New York though this seems odd considering how easily people convert. I guess it’s implied that the boundaries of the affected area have been set by design – either because of an Evil Plot or because of writer’s convenience. 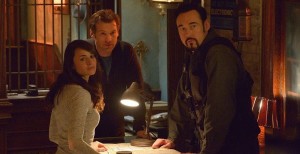 Ephraim finds himself part of a small band of fighters within the infected zone, each ‘hero’ overly flawed, apart from one maternal figure, who has no major failings apart from falling for Ephraim. He has a son who initially avoids being an overly precious moppet, but whose likeability goes into a steep decline over the course of the second season. There is an old curmudgeon (David Bradley as Abraham Setrakian) who starts out as the coolest and most intriguing character of the bunch, but who is mostly wasted later on. He goes on an overly drawn-out hunt for some important relic that will allegedly save the day. You’ll get really tired of hearing the word ‘Lumen’ over and over. 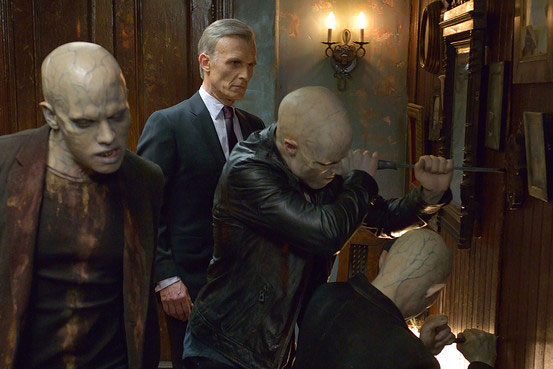 The series has problems with pacing. Too much time is spent on flashbacks showing Abraham’s history with the deliciously evil mastermind Thomas Eichorst (Richard Sammel) who is a major player in the vampire crisis. These scenes don’t move the narrative forward by much, just filling in blanks or revealing things that often don’t really seem to matter. The current day scenes also feel aimless at times. Hunky former thug Augustin Elizalde (Miguel Gomez) gets a lot of attention but feels oddly irrelevant to the bigger picture, despite it being mentioned that he has an important destiny of some sort. He just gets bounced around between side-plots, too many of which don’t go anywhere interesting. 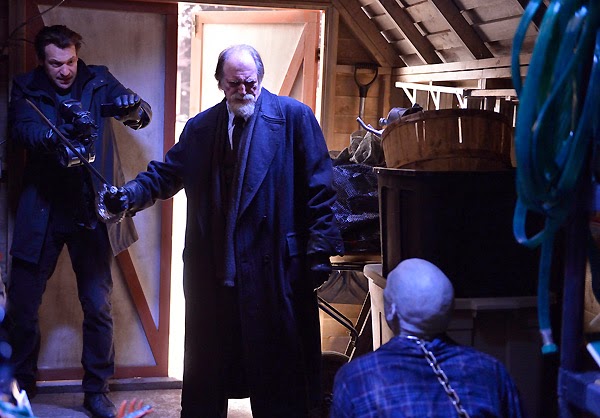 The good guys are often spinning their wheels, ineffectual on the whole, while the bad guys keep saying that all is going according to plan, without it being clear what their endgame is. Good guys and bad guys meet up, have pithy conversations and then part ways, sometimes but not always after trying but failing to kill each other. If the script calls for it and when the stakes are high, the heroes have really, really bad aim. There is a sense that the series is stalling, but also a sneaking suspicion that it isn’t confident about where it is going.

So we have a few mildly engaging heroes fighting more entertaining bad guys who are working on some unclear, nefarious Grand Scheme in what feels like a constant stale-mate. There is a weird myopic focus on New York, which sidesteps the effects of events on the world at large. Zombies crossed with vampires crossed with a plague is an interesting idea, but one that probably would have fared better in a big-budget movie. As it is, you get a clear sense that the budget is constraining where the story can go and it all feels oddly small-scale. Still, there is some impressive gore on occasion and some of the effects are fairly impressive. 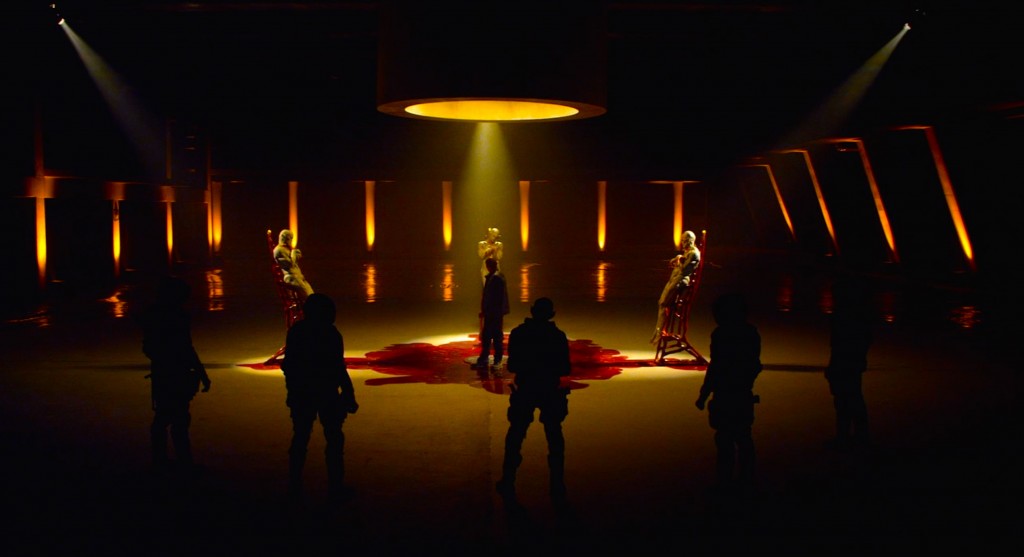 I don’t think I can recommend the series without knowing if the pay-off will satisfy. Sometimes the journey is more important than the destination, but in this case the journey isn’t satisfying enough to stand on its own. Hopefully this won’t be a case where a cancellation leaves things open-ended and makes the entire series a waste of time. (Here’s looking at you, ‘V’ reboot.) Oh, and in case you’re wondering why Ephraim suddenly goes bald and stays that way, we have Ant-Man to thank for that.