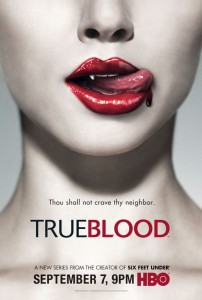 In the beginning True Blood must have been a fun outing for creator Alan Ball, as he had just wrapped up his high-quality but downbeat series Six Feet Under. True Blood started out as a somewhat slow, atmospheric soap about a little southern town that was dealing with a world in which vampire-kind had recently come out of the closet. It kept its tongue lightly in its cheek. Sure, the lead of the series, waitress Sookie Stackhouse (Anna Paquin) could read minds for some reason, and there was a dog acting suspiciously, but compared to what was to come next, things stayed fairly grounded for a while. Characters were mostly relatable and it was worth tuning in, just to hear Sookie’s prospective vampire lover Bill Compton (Stephen Moyer) pronounce her name with a giggle-worthy Southern twang. “Sssook-eh!”

But then came shapeshifters, werevolves, werepanthers, fairies, maenads, ghosts and witches. The emotional drama and the stakes were subject to severe inflation, until the tone of the series was constantly circling hysteria. With so many supernatural elements in play, the writers always had a cheap and easy way to get out of any corner they painted themselves into. The tension started to drain away, giving place to a feeling of ‘whatever’. But the series kept serving up enough of an original mix of gore, naughty stuff and comedy to remain a trashy, guilty pleasure. The cast seemed to be having a very good time, and that joy was infectuous. 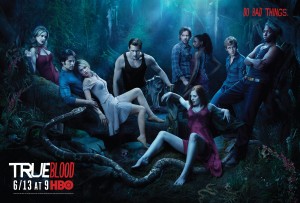 Speaking of the cast; it grew large and unwieldy, and the effort to keep some of the characters on board seemed strained. Not especially engaging plotlines were added to stretch time and to make sure the actors involved didn’t sit around twiddling their thumbs. Shifter Sam Merlotte (Sam Trammell) and werewolf Alcide Herveaux (Joe Manganiello) suffered from this in particular in later seasons. Other promising characters ended up in disappointing arcs. Mouthy Tara Thornton (Rutina Wesley) was an easy favorite in the first season, then was turned into a victim for a few seasons and was allowed to shine only briefly before fizzling out. Sookie remained at the core of the series. She suffered from the ol’ ChickLit conceit of having so many hunky, brooding men throwing themselves at her that she just. Couldn’t. Deal. Some people may find it hard to symphatize. 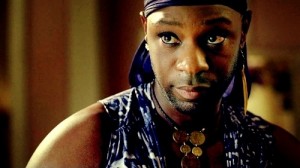 I didn’t read the books that True Blood was based on (by Charlaine Harris), but then the televised version went its own way pretty soon, just borrowing some key plot points and weaving its own twisted tales. At least one of these changes was good. In the books, the out-proud-and-sassy Lafayette Reynolds (Nelsan Ellis) never made it past the first entry, and the first season served up a cliffhanger that suggested it was following Harris’ lead on this. But recognising that there was something special about Lafayette, the television series kept him in play. 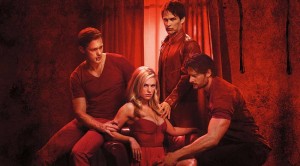 It was known beforehand that the seventh season would be the last, despite the series still having a lot of viewers. Officially this was so that True Blood could ‘go out on top’, but I doubt that anyone involved honestly felt that they hadn’t already peaked a while ago. More likely, the cast was growing restless and expensive and it was clear that True Blood was on the decline. The final season couldn’t turn the tide. For one, it threw in the offhand death of a few major characters. Unfortunately, these were so clumsily done that they lacked emotional impact and just seemed suspiciously convenient from the writers’ perspective. As a viewer, there’s no fun in seeing a character that you invested a lot of time in carelessly being tossed aside, unless the pay-off is worth it, spinning the story in an exciting, new direction. (Also see: Game of Thrones.) True Blood didn’t manage to do this.

There were times when the final season slowed down for some thoughtful character moments, but it was too little, too late. The sudden death wish of one of the characters was a major plot point, but didn’t feels organic. The ending left me feeling decidedly ‘meh’. The main threat of the season was suddenly and easily wiped aside and multiple characters were paired up in a way that seemed unnecessarily rushed and forced. Sure, it was an actual ending at least, and I guess it was mostly a happy one, if bittersweet. But despite managing to make me tune in until the end, it’s clear that True Blood lost what made it special quite a while before it came to this inelegant halt. I’m not sad that the series is over. And that’s just a bloody shame.