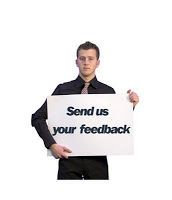 Being a very minor figure in the Blogosphere, I don’t get a lot of e-mail feedback. However, when I do, it tends to be interesting. In ye olde beginning, with an air of overwhelming optimism, I had started two blogs: my current one and one focussing on gay themes , which is now on hiatus. My first e-mail response ever stemmed from the first article I put up on that blog, a tongue-in-cheek guide to making an effective online profile for dating sites. The e-mail came from an editor at a local, bilingual gay magazine (Gay & Night) asking me if he could publish it. I happily agreed, making a Dutch translation and spinning it off into an ongoing series of articles about dating, relationships and sex for gay men. I will try to convert these into a book at some point (to all publishers out there: contact me if interested).

Next I received a compliment from sex advice columnist Dan Savage about a piece I had written about him on my gay blog. But to be honest: I had pointed him towards the article, which was very positive about him. So that was more of a mutual pat on the back.

Then arrived a puzzling e-mail from a woman in the US, who was looking for a ghostwriter for her autobiography or – failing that – someone who could hook her up with a publisher. Her life story was indeed an interesting one and she managed to condense it into two paragraphs. In rambling, semi-literate English she told me how she had gone to jail for killing her husband, even though it had been self-defence. She defended the act to me as if I was on the jury at her trial and it had obviously escaped her attention that I was on the other side of the Atlantic. I briefly considered pushing her for more details on this juicy story, but in the end I decided that leading on a convicted murderer was probably not a good idea, even if she wasn’t on the same continent. I ended up telling her my connections in the US were limited and that she should probably try to find someone local.

Last week I received an e-mail from someone doing publicity for Ocean’s 7-11. This is a series of 8 webisodes about the shenanigans of a group of ‘North Hollywood misfits’, as the press release states. The first part aired in January and the second one goes online on the 28th of June. The series parodies Ocean’s 11 while paying homage to the people who made it. The first webisode was picked as a Featured Video by Yahoo and this got the video 30.000 hits within one day. I have taken a look at the first webisode and my one word review of it would be ‘charming’. Mostly though, I am puzzled that I was targeted to spread the word about this series. As far as I know, I have racked up nowhere near 30.000 hits in the years I have been online. The makers of the series apparently are fans of my blog – the publicist said so in the e-mail anyway – but I don’t think I ever heard from them before. Maybe I am just paranoid but it made me wonder: do I have fans? If so, where are they, as they never call, they never write, they never fax and in general don’t make a peep. So someone please tell me: am I really famous but you guys forgot to clue me in? Anybody reading this? Anybody out there? Hello?

One Response to "We Know Where You Blog…"